Neil Stroud recently joined CoreAVI as Vice President of Business Development.  Having spent over 25 years in the semiconductor industry focusing on functional safety across multiple markets including automotive, industrial IoT and robotics.  We sat down with Neil to chat about his experiences and his thoughts on market trends.

You join CoreAVI with a wealth in experience in the semiconductor industry.  Can you share some details on your career to date?

I still find it hard to believe that it’s been over 25 years! I’ve had the pleasure of working for some fantastic companies over the years including Arm, Intel, PMC-Sierra and Samsung.  During that time, I have been fortunate to gain a broad spectrum of experience and knowledge from the people I’ve worked with and the roles I’ve had. These have included sales, commercial, marketing, strategy and senior leadership positions primarily focused on embedded applications in verticals such as telecoms, automotive, industrial and transportation. Well over half of my career has been related to the domain of functional safety. 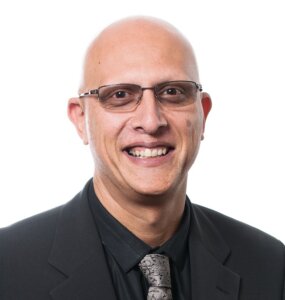 Functional safety is a specialized discipline.  How did you first get involved?

It was really by accident as these things often are. I was working in Sweden at the time.  One of my customers was an industrial robotics OEM and during a meeting one day they said to me, “So how can you help with our functional safety needs?”  At that time, I didn’t really know what functional safety was, so off I went to learn more.  It really went from there.  I had the opportunity to pull together all the key elements and build a business around this domain and in the process, learn a great deal along the way.  It has stood me in good stead, and it’s been humbling to work with the industry over the years and move things forward to help build a safer world. The needs are increasing at an alarming rate as we march towards mass deployment of fully autonomous systems.

As you’ve worked in functional safety across different markets, what similarities and differences have you observed?

Each market vertical has its own certification standard such as ISO26262 for automotive, IEC61508 for industrial and DO-178/254 for avionics and this in turn drives slightly different approaches and requirements for safety. However, I have certainly seen blurring of the lines.  For example, there is so much innovation happening in the automotive space – other verticals are adopting silicon and software elements that were developed for automotive safety use cases.  Also, as a supplier, it’s possible to introduce some scalability and reuse, perhaps through defining ‘superset’ processes that cover multiple certification standards, that helps to reduce the total cost of ownership for the whole supply chain whilst improving overall functional safety through experience in multiple markets.

What markets are getting it “right” and what lessons have they learned that other markets need to be more attentive to?

I guess it depends on the definition of “right”. After all, we unfortunately live in a world where accidents still occur regardless of the market in question.  When it comes to functional safety, the standard that’s applicable to a given vertical has evolved over time and this has impacted the way safety systems have evolved. For example, in avionics we typically see triple modular redundancy with diversity at a system level to enable the highest levels of integrity in flight control systems.  Naturally, this approach is viewed almost as a best-in-class topology and the statistics provide proof.  However, it has some negatives such as cost, real estate, and power consumption.  Other markets, such as ground-based autonomous vehicles, are looking to avionics to learn from the robustness of systems whilst also understanding how they can be optimized while maintaining all the benefits.  It’s a complex challenge and is already resulting in updated standards such as ISO26262 2nd Edition and new standards including ISO21448 focusing on safety of the intended function. Generally speaking, I have observed a lot more cross-pollination between developers and certification authorities that can only have a positive effect on safety system development.

What emerging trends are you seeing?

One of the really interesting areas is around mixed criticality systems.  This is where multiple functions with differing functional safety requirements reside on a common hardware platform.  In automotive, this could be a cockpit domain controller that consolidates the functions carried out by multiple ECUs. In industrial automation, multifunction controllers are integrating functions such as HMI, control, and safety into a single box. These kinds of consolidation place stringent requirements on both the hardware and software to ensure freedom from interference, proper operation of shared resources, and appropriate prioritization of applications.

The other trend that is prevalent is the progress being made on how to safety certify open source software.  Today’s software stacks are typically highly complex with a mix of commercial, proprietary and open source elements being integrated from multiple sources.  In some areas, we are making great progress such as CoreAVI’s VkCore®SC built using the Vulkan open standard. The ELISA Project (Enabling Linux In Safety Applications) is another activity that aims to create a set of tools and processes that will allow developers to build and certify Linux-based systems.  Collectively, we still have some way to go but ultimately, I believe it’s a challenge we will have to solve.

The topic of “mixed criticality’ is complex.  What are the implications for hardware and software?

With mixed criticality systems it’s all about providing isolation between functions and ensuring certain operations are prioritized appropriately.  By its very nature, consolidation drives the need for higher performance.  In today’s complex SoCs this is achieved by multicore implementations.  Having multiple cores is good for providing separation.  However, a challenge arises because these SoCs also have a lot of shared logic such as caches, memory and I/Os.  IP providers and chip developers are working hard to incorporate technologies that ease these challenges for safety critical systems.

In conjunction with these hardware features, software may also be used to provide separation.  This is often achieved by using hypervisor technology and configuring each function within its own virtual machine.  For safety critical systems, this of course means that the hypervisor should be safety certified to the appropriate level and standard according to the application and use case.

Drilling down on the topic of open source software, some OEMs are concerned about the rising costs of real time operating systems. Do you see that as an opening for Linux?

There is certainly industry activity looking at how commercial real time operating systems could be replaced by open source. However, there are implications when considering a potential switch. Firstly, performance. There are a myriad of applications that require some level of real time compute and consequently the range of determinism varies across a broad spectrum based on application. Linux is a rich operating system that was never really intended for deterministic systems. However, variants such as RTLinux are being deployed today where the requirements allow, but for tighter loop times and shorter interrupt latencies, I still see commercial RTOSs, that have been developed from the ground up, being more prevalent.

Secondly, from an overall cost-of-ownership perspective, developing and deploying a Linux-based approach can actually add development and support burdens that were not needed before as these were part of the package licensed from a commercial vendor.  Of course, these costs can vary dramatically, and every development is different.  I guess the key point here is that open source almost never means ‘free’.

So, what drew you to join the CoreAVI team?

I had been aware of CoreAVI for several years.  Over the past couple of years, I had the opportunity to work closely with the team.  It’s an outstanding company with a strong pedigree and proven track record of delivering safety critical software into aerospace and defense markets.  However, these technologies are very applicable to other markets including automotive, industrial and transportation.  For me, it is an opportunity to be a part of an awesome team and help drive the next level growth into new markets with new and existing products.  I’m very excited to be here and relishing the challenges that lay ahead!