John Hughel, who has conquered the skies with thousands of flight hours as a former US Air Force pilot, commercial pilot for Southwest Airlines, and test pilot for Honeywell, recently joined CoreAVI’s team as Director – Military Acquisitions. Tapping into his vast experience in the aerospace industry, we asked him a few questions about the past, present, and future of aerospace:

As a former US Air Force pilot with thousands of hours of mission time, can you explain how you rely upon cockpit instrumentation to both fly the plane and complete your mission?

In both commercial and military aircraft, the era of digital flight computers and glass displays created a new age of “information” available to the pilots to both fly and fight. Today’s warfighter is tasked with very complex missions that require the “information and data” presented to be accurate, timely and reliable. Pilots can fly precise navigational routes along political borders collecting sensitive data or fly instrument approaches to airports in very low visibility conditions. Examples of the “information” presented include terrain data, weather, navigation, communication, air traffic and airport data presented in different formats and displays to aid them in completing a mission.

The US Military is starting to adopt FAA Safety Certification Standards for its planes and helicopters. With your experience as a commercial airline pilot, what are your thoughts on that?

Military aircraft are designed and built to complete a specific mission, drop weapons, transport, or dogfight for example. Military standard 882 (MIL-STD-882) has been used in the past to put a military aircraft through extensive “operational testing” before being released to the warfighters. The aircraft is safe to operate but completing the mission is what it has been designed to accomplish.  On the other hand, commercial aircraft like the Boeing 737 are designed, engineered, and manufactured with the use of DO-178 safety specifications and multiple design reviews. The military is starting to adopt some of the safety standards used in commercial aircraft systems. An example of one of these systems is a Ground Proximity Warning System, GPWS, that warns the pilot of terrain and will command them to “pull up” if necessary. Some of these GPWS systems (certified to commercial safety standards) are now in military transport and fighter aircraft making the mission safer and providing an extra layer of protection to crews and aircraft, which is a good thing.

Certification costs have always been a barrier to the US Military. Do you think that will still be a factor?

The aerospace industry is addressing the cost of aircraft certifications with engineering process and standards improvements. The military is also recognizing the benefits of adopting some of the safety systems onboard commercial aircraft like Ground Proximity Warning and Terminal Collision Warning Systems, both of which save lives and equipment.

With decades of experience flying airplanes what are your thoughts on the technology improvements going on in today’s cockpits?

The technology improvements in today’s aircraft cockpits are truly amazing. Large area glass displays, 8×20 for example, allow pilots to easily access and sort large amounts of the “information” we discussed earlier. Helmet visors now display target data and enable a pilot to fly using night vision technology without wearing heavy goggles. Heads Up Displays, HUDs, now display all the different types of information in a compact format that allows pilots to remain heads up and looking outside which increases their situational awareness, SA. There is a direct correlation between SA and safety and the human factors – engineers are continuously looking for ways to improve cockpit ergonomics to increase situational awareness. An example being studied now is the use of speech commands in lieu of turning dials or pushing buttons. 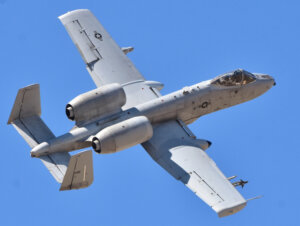 The aerospace industry seems to be seeing greater alignment between companies and partners up and down the food chain. What are your thoughts on that?

I think the large aerospace companies are starting to realize that it becomes very expensive internally to try and cover all areas of technology when the average time to obsolescence for processors and software is 18 months. A great example is the 15 year relationship between CoreAVI and Honeywell. In the past, Honeywell produced the entire avionics “black box” which included hardware and software. Along came CoreAVI and offered to provide portions of the low level software that Honeywell was spending millions of dollars producing. In the end, CoreAVI took on the integration risk and produced the software at a much lower price, saving Honeywell a lot of money. This partnership arrangement is on-going today with our involvement in several new programs at Honeywell. My goal for CoreAVI is to develop new partnerships with the DoD and other governmental agencies and apply this same cost savings and reduction to integration risks.

Technology is bringing more “autonomy” to cockpits. As a 737 operator (where you were used to systems like autopilots, auto-throttle, etc.) what are your thoughts on more autonomous operations?

Autonomy in the cockpit is a large topic in commercial cockpits. Examples in use today include auto throttles and coupled operations between the Flight Management System, FMS, and the Auto Pilot. This is very much a “man in the loop system” example and the pilots rely heavily on the rendered graphics displayed during flight. Another autonomy being discussed is the “free flight” program where the commercial aircraft autonomously navigate from point A to B. I believe we will get there, but the air traffic control system needs a large upgrade before that happens.  I think one example, the use of sensor processing algorithms being developed for the new boom control system on the Airbus refueling tanker (using CoreAVI’s GPU Compute capabilities), is indicative of trends that use advanced technology to improve mission effectiveness and safety.

How do you feel about “driver assist” systems in automobiles and their use in airplanes?

I have rented a few cars with driver assist technology and generally enjoyed driving them. I did however discover that I do not necessarily always use my turn signal when changing lanes and I got a little annoyed with the steering wheel pushing back on me. Driver assist in airplanes can be very beneficial especially when an aircraft is descending, turning, capturing an altitude all while ATC is changing your route of flight. To me, the level of aircraft autonomy with autopilots and FMS systems seems about right. The human factor folks want to prevent is pilot task saturation which leads to a loss of situational awareness. Driver assist systems accomplish that nicely. As I read about the introduction of Artificial Intelligence in airplane cockpits and automobiles, I’m hoping that industry demonstrates appropriate rigor in testing and certifying these critical systems.

What are your thoughts on air mobility technologies – as a pilot are you comfortable with hopping into a flyable taxi that picks you up on the roof of your office building or even curbside in front of your office?

No. Most pilots are a type A personality and are a little OCD, both of which I confess to. We have some ground to cover before I am comfortable with air mobility.

There is lots of talk about artificial intelligence coming to airplanes and automobiles – your thoughts on this?

I have no doubts AI will work its way into aviation and gains in the field are significant. The question is, how do we bridge the gap between autonomy and AI? The certification process to ensure the safety of the traveling public will be a monumental task. There has been a lot of discussion about an AI aircraft defeating a manned F-16 in aerial combat. What is not being reported is the staged and canned engagements the aircraft flew against each other. AI is the future for aviation and land travel, but the gap to get there is still a large one. I believe AI will incrementally come into the mainstream. For example, the F-35 flying today incorporates AI in how the sensors relay information to the pilot. The system picks up on pieces of information that are missing and then provides what the complete picture looks like at the time. The question in my mind is can we bridge the gap safely? It has been demonstrated that AI is not immune to spoofing, fooling the system into seeing something that is not there or making an error in the decision tree.

In your many years of working with DOD procurement processes what are your thoughts on the government’s increasing requests for Intellectual Property (IP) ownership?

Government procurement agencies have been asking for the IP ownership rights for many years and, having worked on both sides of the fence, I agree with that approach. They have coped with propriety designs in acquisitions for years which has led to enormous costs to sustain weapon systems. Today’s US Air Force will continue to fly their aircraft for another 20 years (some of these aircraft were originally built in the early 1950s like the B-52 and KC-135). The military wants more control over their own destiny when it comes to platform sustainment. The Navy (PMA-209) recently announced bids for a “build to print common mission computer” followed by a “common displays” program. In my mind, that places CoreAVI in a perfect position to do business with the Navy.

As someone who has worked both in the government and for private industry, do you think the IP ownership issue is going to deny the government access to some key technologies?

I do not believe the IP ownership issue will deny the government the key technologies that they are going to need in the future. Industry has and will find a way to protect their interests and support the warfighter with the best technology available.   I think the connection between Mission/ Safety Certification and IP ownership is also very important and, as I understand it, something that CoreAVI is addressing at several levels (hardware and software).

You have seen the DOD increasingly advocate for “open systems architectures”. Do you think this is worth it?

DOD advocacy for “open system architectures” is absolutely worth every penny. As stated earlier, they have coped with proprietary systems and vendor lock for decades. Open systems will promote vendor competition, standardized products, and reduced costs in the long term. Product standards will help promote the long-term platform sustainment and supportability lowering life cycle costs required by the military. One of the higher cost items in platform development is the software development needed for high levels of system performance. From the government’s viewpoint, it easy to make the case for standards like FACE to bring down the software development costs.  An excellent example of putting these open standards into practice is the Crew Mission Station (CMS) on the UH-60 Blackhawk. CoreAVI provided FACE-aligned OpenGL drivers to the CMS team which rapidly integrated a solution that demonstrated that “vendor-lock” can be successfully avoided without any loss of performance or support.